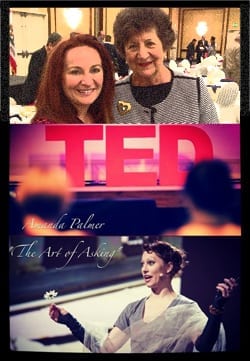 Last week, I attended a pretty old school event honoring a former California Governor. The room was filled with the definition of establishment–from CEOs to politicians to community leaders.

I kept uncomfortably shifting in my seat, and it wasn’t just because I am two weeks post-op (knee surgery). In many ways, these are the folks who rightfully define our city and beyond and, in other ways, they are also the gatekeepers of the status quo. I realized I was hungry for them to break out, shine a light, and blaze a path for our business community–and, therefore, the larger economy–for the better. Although the event was friendly and nicely put on, it did none of that.

My mind kept drifting to the contrast that must be brewing with the new school leaders speaking concurrently just beyond the wall from where I was sitting: the TED conference. I’m sure my appetite would surely stop grumbling for change if I could listen in.

Enter Amanda Palmer, and "The Art of Asking"

Even though the larger context of her speach had to do with changes in the music industry, my take-away was really this simple: Give and Receive Fearlessly.

It’s important to note it’s not Receive Fearlessly, nor Receive and Give Fearlessly. It starts with the Give. I believe that when you give the best of yourself, then that is why the ask works. 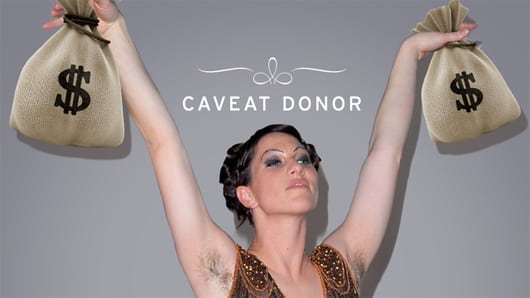 Amanda is not without her share of critics, and thats’ the other part about being vulnerable.  You can give the best of yourself and you’re going to be shocked that it is "not enough" for some. And there’s the rub. Pain. How can I be enough? is not the right question, though. You are enough. Always. As Amanda pointed out in her speech, the criticism hurt. She keeps truckin’ because the 25,000 that supported her kickstarter and the many others who follow her on twitter let her be heard. To what extent she listens, is a balancing act of learning and changing without losing what gets her known in some circles as Amanda Fucking Palmer.

Amanda showed up the next day and opened up again, this time about the surprising difficulty of asking for money from the person closest to her at BIL 2013.

It will be interesting how Amanda deals with the pressure of her new TED darling status and if she enlists a support structure not just of artists, but maybe one very cool accountant.

As for me, I’m making in-roads to stop being "so fucking smart all the time" as one reader put it, and becoming more vulnerable myself.   I stopped in to BIL this weekend and fulfilled in small part that hunger that seemed to linger from days before. I stuck around to hear Aubrey De Grey and had the pleasure of learning about The Designer Fund from a fellow BIL attendee.

Now comes the hard part, will you fearlessly ask? You can start with me.