"Don’t judge me – you don’t even know me!” True dat. But in the business world, consumers (like me!) make purchase choices based on the overall ratings of fellow buyers.

… business could rate the consumer, too? 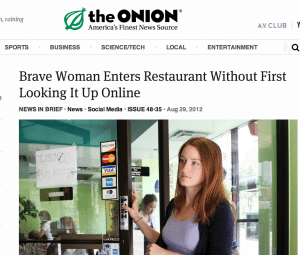 After all, only a brave few will eat at a restaurant without first checking what others say, right?

It should come as no surprise that after you get an Uber ride, you rate your driver. Oh, but did you know that your driver also rates you, the fare? How do I know? Out of curiosity on a recent Uber trip back from the airport, the driver shared the screens on his side of the equation. The last one, after the driver ends the ride, is called “Rate Your Fare,” and is based on the exact same 5 star rating you use to “Rate Your Driver.” 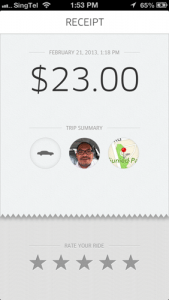 Now that’s a game changer. Tables! You done been turned!

It didn’t feel good when I saw it, although the driver did give me 5 stars (thank you very much).

Yes, I know there has been a lot of chatter about Uber as of late: A recent wrongful death lawsuit alleges Uber app use by a driver raises serious safety concerns; Uber’s supply-and-demand pricing has led to some sticker shock situations; and now, the City of Seattle is threatening to shut down Uber and other similar services unless they increase their insurance coverage.

So Uber is getting the establishment’s panties in a twist. But with all the hullabaloo, no one seems to be noticing the real shake-up the app-based car service is initiating: leveling the real-world service industry playing field by allowing its drivers to rate their passengers. Yup, that’s right – the light of judgment shineth both ways in the Uber universe. And you thought they were only disruptive in every other way.

With the exception of maybe eBay, where buyers really only get rated on how quickly they pay for the goods, online reviews are a one-way street, allowing only buyers to review products and services, often anonymously. In a products-heavy marketplace, rating the consumer is not a really critical part of the transaction. While the overall online system works pretty well, it still creates problems. Like, if reviews are anonymous, how can you know if the person really bought the product or used the service? My favorites are the negative Yelp reviews from the user that has never even used the service, but swears it sucks. When it comes to service reviews, either a friend or a foe could unfairly game the system. Also, anonymous people don’t tend to temper their comments because they face no rebuttal or consequences for unfair smack talk. Service businesses suffer the most, because they cannot defend unidentified interactions, which often feature rude or unreasonable customers. This is, in large part, is why many real-world business owners hate Yelp. 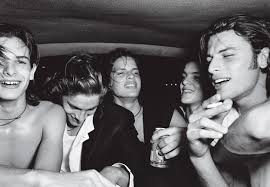 I’m not exactly sure how Uber utilizes passenger ratings, but it makes for intriguing speculation. Say a passenger gets a resoundingly low rating after throwing up in an Uber vehicle after a hard night of partying with the bros. Prince Charming might be SOOL next time he tries to hail an Uber driver. Or, he may find himself subject to steeper fares for his party-time ass out. In an info-driven, bilateral supply and demand market, Uber drivers can choose to steer clear of low-rated passengers, making for little supply. Moreover, how cool for the rest of us responsible party people. What would have traditionally been a “cost of doing business” apportioned to all customers could now be borne solely by the jerky dude, the proverbial guy who was once able to “ruin things for everyone.”

Uber payments are made 100% digitally, with your credit card charged instantly upon arrival at your destination. Uber also has a no-tip system. Thus, you have a cashless transaction and an Uber driver’s review won’t be based on how much you tipped (or didn’t tip).

So remember what your mamma always told you, be considerate, or maybe just start believing in Carma.

What do you think of being rated as a Consumer? Or being able to rate your customers?