When it comes to your website, first you must determine what you really want to say.  Then, you need to know who you want to say it to.  Next, you have to figure out how exactly you’re going to say it.  After all of that, however, you’ll need to determine whether what you’re saying is actually effective.

Ultimately, your visitors have the final say in whether your design and messages are working in your favor. This is where testing comes in.

…figuring out which things are the most effective for a specific purpose or audience. 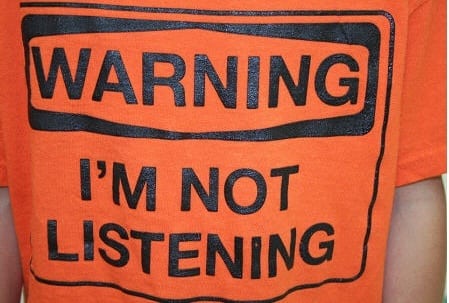 Suppose the owner of your company says, “Nobody likes orange, so we’re never going to use orange on our website.” Later on, however, testing shows that site users actually preferred that color (i.e. an orange page increased sales by 50% on one particular day). Then, when you recommend going with orange, you’re not one-upping the owner. All you’re saying is, “Based on the testing we did, orange made more sales. So, we should go down this path.”

Why Is Testing Important?

Because of the seemingly infinite choices—in terms of where (and in what order) people can click—any kind of testing at all can feel incredibly overwhelming.  Virtually anything can be tested.  Once you understand the spectrum of possibilities, you’ll be able to narrow it down to the few that apply to your product or service.

Overall, in terms of the big picture, testing is intended to reveal how visitors use your site and what their preferences are. That information can help you to make changes that optimize your website. And, in turn, those tweaks can turn passive visitors into active users.

Here is an example of a real test done by the Democratic National Committee that was featured on the excellent website WhichTestWon.com The goal of the test below was for users to invite their Facebook friends to use the DNC’s app. Which test won by double digits? Read on to find out.

This is version A 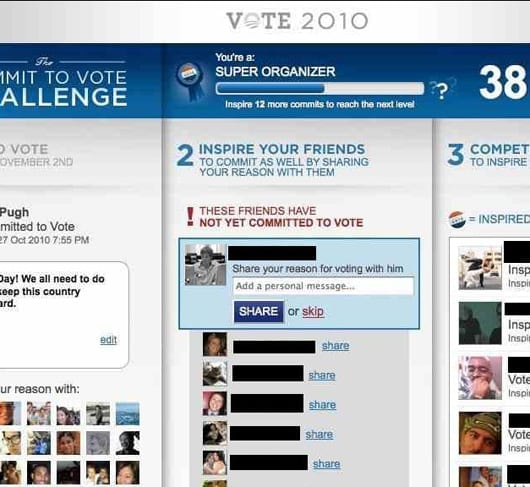 This is version B 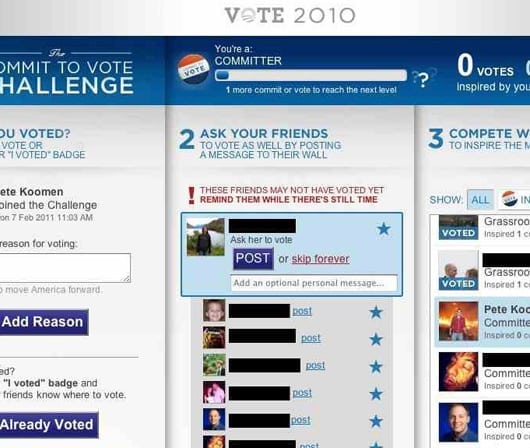 Who Is Testing “Right” For? 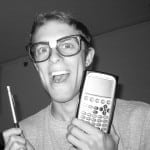 Don’t look at testing as an “only geeks can love it” kind of thing. Ultimately, the changes that result from successful testing improve not only the website visitor’s experience, but your company’s bottom line, as well.

In reality, anyone interested in boosting the bottom line (and who isn’t?) should be itching to do some testing. Either your company is progressive and already aware of the need to make improvements to its website…or your company isn’t convinced of the need for change and, as such, you require proof that will convince management. Either way, testing is the answer.

What Does Testing Cost?

In the past few years, the floodgates have really opened up for testing. Whereas previously it cost a lot of money, time, and effort to undertaking meaningful testing, now there are free, web-based tools that provide easy-to-implement solutions. Cost is no longer an issue; you’re only inhibited by the time you have available to devote to testing. 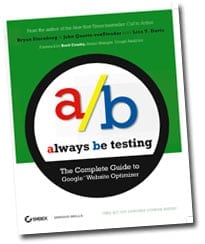 Testing guru Bryan Eisenberg, author of Always Be Testing, wrote a post a few years back listing 33 free tools to improve your website.  This year, it mushroomed to over 150 recommendations. The list had grown so long, in fact, that Eisenberg started a website (websitetestingtools.com) specifically to help people find the right testing and optimization tools for their particular needs.

Naturally, there are wide differences in terms of what each tool provides.  To that end, it’s of the utmost importance that you understand exactly what you need the tool to do.

There are many tools that are offered at no cost that do a fine job. Bryan writes, “I always recommend getting good at free than paying for something more robust.”  To narrow the staggering amount of choices, there are a dozen recommended website testing tools on Bryan’s short list that serve as a good starting point, including the most well-known, Google Website Optimizer, that Bryan literally wrote the book on.

Even if you opt for a paid method of testing, it’s a very small investment compared to the resulting increase in sales. In other words: any kind of testing should be able to pay for itself.

I recommend checking out other site’s A/B test results in action, like the DNC example earlier in this post.  Go to the site WhichTestWon.com and then subscribe to Anne Holland’s free newsletter.  Once you vote on the current test, you’ll see in the comments area that, even the best tester in the business, isn’t correct 100% of the time in regard to how he or she thinks consumers will respond. 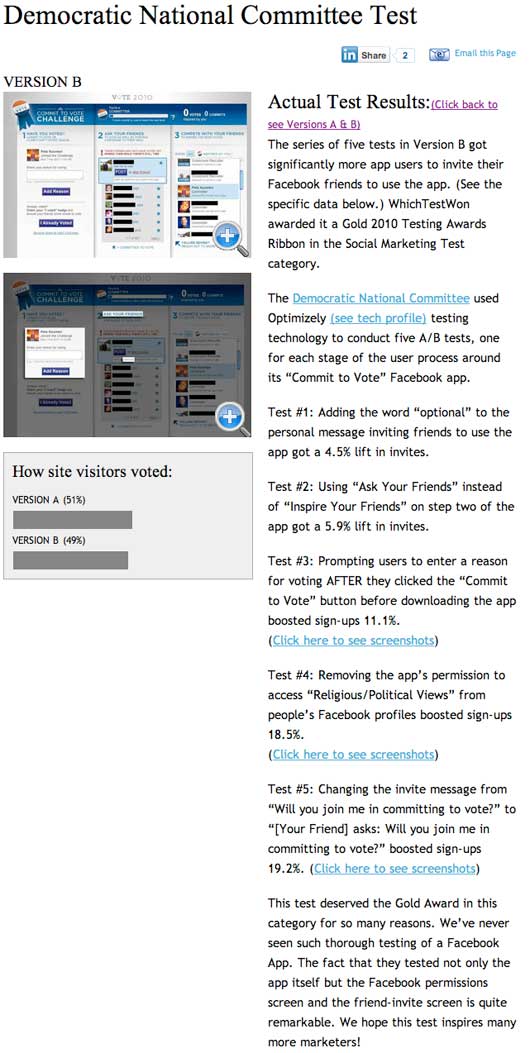 So, what’s stopping you from testing?
Or, if you are currently testing, what have you found out recently?