I recently sat down with Steve Averill, blogger of OCBizBlog.com and owner of Averill Media, a company that provides local social and mobile marketing for small businesses.  A bit outside of the typical Chunk Of Change fodder, Steve and I talked about his role as an entrepreneur based at home, juggling dad duties.  He has two children, ages 6 and 9, and his wife works in an office setting.

Steve is taking on new territory for men, including tackling the age-old work/life balance question, whereas most entrepreneur moms, like myself, are used to multitasking on many different levels.  Do men multitask at all?  I was curious to know how Steve’s life deviates from traditional gender roles, and how he copes with that.  That conversation follows…

Olga: Did this lifestyle fall on you by default or was it something that you chose?

Steve: My dad died at 38.  It was a total shock.  I always knew that I wanted to squeeze every second out of my kids’ lives when they were little.  I started my career in investment banking, working 100 hours a week.  Once I got married and had kids, I knew that was not a life I wanted.  So, I think I always unconsciously knew I’d end up here.

Olga: Women often have this feeling of not being “enough.” Is that a new thing for a man to deal with?

Steve: Absolutely.  Especially as the kids get older, I feel more pressure.  My daughter is 9 and she is so aware of what is going on the house and what my work is.  I want her to be proud.  Sometimes I feel like time is running out, though.

Olga: Do you feel like you don’t have the support structure? 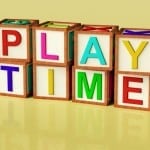 Steve: I do have the support structure.  I have a great spouse.  I also know a few other guys who are going through the same thing.  [Those relationships don’t] go that deep, though.  Dads don’t do play dates.  Most guys won’t come clean with what their family and business situation is…but we’re in it together.

I think that the thing that goes unspoken is that there’s a psychological component to being on your own. I look at things from an intrinsic point of view (i.e. family and relationships), whereas other people might look down on what I do because they’re looking at it extrinsically (i.e. money or status).

Olga: What about that psychological part?

Steve: There’s a real emotional part to playing a Mr. Mom role.  It can be uncomfortable.  My wife is gone, oftentimes, from 7:00 in the morning until 7:00 at night.  The income I’m generating sometimes doesn’t match what my wife is making.

That can get depressing.  In that negative feedback loop, everything can start to suffer.  It can hurt your business and your relationship with your spouse.

Olga: Have you considered not working at all?

Steve: No way!  There is no way that I would ever want that role.  Part of it’s been that I’ve been through three startups.  The most frustrating thing is that I want to pour myself 24/7 into my business.  I just can’t do that.  Oftentimes, I’m standing on the soccer field, tearing my hair out knowing that something else needs to be done.  It’s major cognitive dissonance that drives me crazy.  It’s a constant, gnawing feeling that you could be doing more.  You’re halfway in everything.  There’s not a moment when I don’t feel guilty.  When I’m watching TV at 9:30 at night, I know that there’s something else that I could be doing.  It’s just always there.  I think that’s why I’m drawn to working with small businesses because I know they’re going through the same thing.

Olga: As a multi-tasker, I’m always trying to be more efficient with things.  If need to check my email and make breakfast, I put the toast in before I log on to the computer.  Of course, this doesn’t mean that I’m giving any dedicated attention to anything.  How do you handle multitasking?

Steve: I actually wear a wristband that says “one” on it.  I like to think that if I focus on one thing at a time that I can be more effective.  I do end up multitasking, but I don’t feel that it’s very effective.  When I don’t have one overarching mission, then I tend to drift.  I don’t know if I believe in multitasking anymore.  I’m seeing the effects of it and I don’t feel like I’m doing anything really well.

Olga: Life doesn’t get any less complex.  It only gets more complex.  Are there certain small successes that you’ve had where you dialed it in a little bit?

Steve: I started to focus on “building the machine.” If I could have a machine to get all of this stuff done, what would that look like?  It came down to three things: goals, tasks, and outcomes.  My best moments are when I’ve really clarified my goals, written down my tasks, and monitored the outcomes.

So, what about the rest of you parents who work from home?  What challenges do you have?