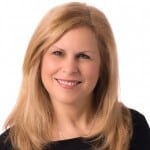 I caught up with Melissa G. Wilson, author of fifteen books (five on bestseller lists), and CEO of Networlding—a publishing company that helps authors write, publish, and market books that turn into top sellers. After two decades of speaking, coaching, and writing books, Melissa is now mentoring others on what it takes to really make networking work. 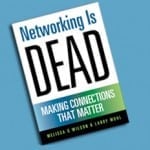 In this two-part interview–based on the book Networking Is Dead: Making Connections That Matter–Melissa describes to me exactly what it takes to make the proper network connections, and…

Olga: How did you develop this approach? What did you see out there in the networking world that made you want to approach it from a different angle?

Melissa: In 1993, I was working for a large accounting firm in Chicago, and I noticed that many of the accountants, lawyers, and bankers spent a lot of time networking. They shared their frustrations with me about the process. I used the accountants as “guinea pigs”—looking at what they were doing and how they were doing it. I saw that they were mistaking activity for accomplishments. So, I looked for a better way to create relationships that were sustainable. 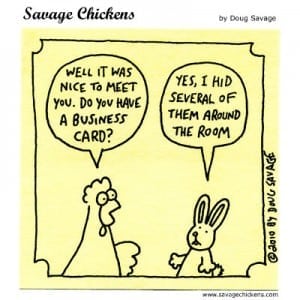 I started out doing a lot of interactive events.  I have an undergraduate degree in sociology, so I just observed…and then developed a six-step process. [My book] Networlding came out in 2000, and I kept practicing. All these years, I’ve continued to practice on this methodology. Most people don’t have a system.

Olga: What is it that you wanted out of that? Was it a goal to become a consultant for the large guys…or did you just want to change the status quo?

Melissa: My goal was to change the way that people built relationships. We did Networlding bootcamps. It was a movement and we kept growing it. Then, I started traveling and licensing Networlding. What happened was that I got to a point, by staying with the brand and really building it, that I wanted to have more support from corporate. Everything changed with the social media world. I did enterprise-wide training for LinkedIn. I’ve brought Networlding into the online world.

Olga: Tell me about a difficulty you’ve personally had with networking?  What didn’t work for you?

Melissa: I can honestly say that networking and relationship building comes naturally to me.  One of my secrets is to keep others engaged with you and to keep them informed about how what they gave you has made a difference in you­r life and share, specifically, the outcomes of their efforts. These feedback loops go a long way to build trust and further opportunities for exchange.

Olga: How often do you recommend getting in touch with others, and how—via email, a call, or a casual lunch? What do you do when that person doesn’t reciprocate?

Melissa: I recommend making contact at least once a month. Or if there is a special occasion like a contact’s birthday or anniversary, it’s nice to reach out to them to acknowledge that. People appreciate the details.

Beyond that, InMaps by LinkedIn offers an opportunity to visualize the cluster of contacts in your network graphically and zoom in and out to see who are the "bridgers." … [There’s also] CardMunch, a LinkedIn app that allows you take a photo of someone’s business cards after meeting and sends a request to link to them on LinkedIn, that helps you keep track of connections that matter.

That said, if the person does not reciprocate, do not take it personally. Professional people are very busy and juggle several projects at a time. Give them space and try to reconnect further down the road…

So, I’m curious…how do YOU network? Got any expert tips to share?