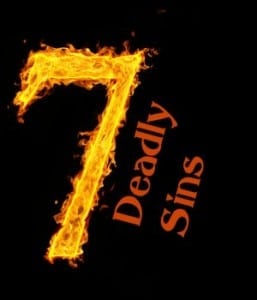 This week’s guest post is brought to you by Sarah Daniels, Editor-in-Chief of Play On Words, a writing and branding agency.  I loved her take on our everyday errors and thought you might too!

There are many things human beings have in common: we can experience love, we cherish honesty, and we make mistakes. Sometimes we make these mistakes over and over again. When it comes to business writing, though, mistakes (whether they’re major or minor) distract from your message. In order to communicate clearly and convince your audience that what you have to say matters, you must avoid making the same mistakes…over and over again.

The following is a short list of common errors, their corrections, and silly ways to help you remember the right way, next time….

When showing possession, the most common method is adding an “apostrophe+s” to the end of a word (e.g. Women’s Conference or business owner’s decision). Most people have this rule down pat; it’s when “its” is involved that it gets a bit trickier. When using the generic pronoun “it,” the rules of possession change. To show that your “thing” is in possession of another “thing,” you simply add “s” to the word “it.” Yes, that’s all…no apostrophes necessary. The apostrophe-s is only added to “it” when using the contraction “it is” (e.g. it’s a budgetary issue).

TAKEAWAY: When in doubt, leave the apostrophe out.

What’s Up with That? 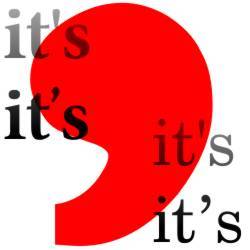 Now that we’ve discussed the confusing relationship between “it” and the apostrophe, let’s tackle overuse of apostrophes, in general. An apostrophe is never used to make a word plural. Adding an “s” is often the way to make a word plural, but adding an apostrophe is just wrong. For instance, when speaking of more than one council, the addition of an “s” accomplishes our goal, giving us councils. Adding an apostrophe-s, however, turns the word into a possessive word…and the word remains singular (e.g. the council’s big idea). Placing the apostrophe outside of the “s” only compounds the error. Now, we have both a possessive and plural (e.g. the councils’ big ideas).

TAKEAWAY: Add “s” to make a plural noun, but shoo the apostrophe out of town.

Although the devices “i.e.” and “e.g.” are both derived from Latin, they mean completely different things. All too frequently, they’re used interchangeably. In actuality, “i.e.” means “in other words,” while “e.g.” means “for example.” Use “i.e.” when you want to say the same thing in a different or clearer way. << I completely lack motivation (i.e. I am lazy). >> Use “e.g.” only when you intend to give an example of your previous statement. << I completely lack motivation (e.g. I remain in bed instead of going into the office). >>

Can I Quote You on That?

The rules of the game change from nation to nation, even when the nation shares a common language. When writing for an American audience, punctuation marks always sit inside of end quotation marks. (She said his tie was “interesting.”) This rule, regardless of how it may “look” is easy to remember and straightforward in its application.

Although the debate over corporate personhood rages on in the United States, when it comes to the English language, there is no debate: a company is an “it” and never a “they.” (The company held its annual retreat in California.) The people within the company are always they…even if they’re sometimes treated like an it.

TAKEAWAY: No matter the “ring,” a company is a single thing. 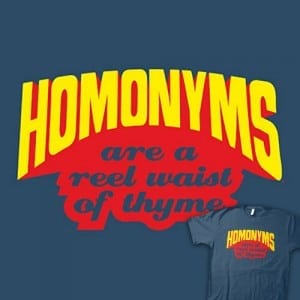 If the written abuse of Facebook and Twitter users has not persuaded you to spell-check potential homonyms, perhaps permanently losing you customers’ respect will. With as much love as is possible, we’d like to re-iterate: There is somewhere they’re doing wrong in their writing, and you’re very often your own worst enemy. “They’re” and “you’re” are contractions. When you read a sentence aloud, if it sounds silly to replace the word with “you are,” then write “your.” If your sentence sounds ridiculous when you say “they are,” it’s a strong indication that it’s either “their” or “there.” Commit to memory that “there” implies a place (abstract or concrete) and “their” is a group that is always possessive.

TAKEAWAY: If you must go into action, remember that “apostrophe+re” indicates a contraction.

However You Slice It

Starting a sentence with the word “however” is not technically wrong; it just doesn’t come off as very sophisticated. Since the words “but” and “however” are intended to negate or contrast something previously stated, it’s inelegant to use them at the beginning of a sentence. To avoid this, use a semicolon instead. (She loved spreadsheets; however, she didn’t know Excel very well.)

TAKEAWAY: Don’t use “however” to start, ‘cause it’s not a work of art.