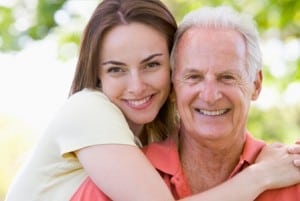 As an on-demand worker, Susan was walking a fine line.  She needed to take her aging father to a series of doctors’ appointments and knew she would have to leave work early on several occasions.  As a contractor, Susan set her own schedule and directed her own work, but she still felt compelled to tell her “boss” and co-workers exactly where she’d be and why.  After all, she didn’t want them to think she wasn’t doing her work or that (gasp!) she was off getting her nails done.  So, she crafted an email with her full schedule and out-of-office itinerary and CC’ed the whole gang.  Imagine her surprise when the woman who placed her in the position asked her not to do so again.  “Don’t over explain.  You don’t need to make excuses,” Susan was told.  “You’re a contractor.  It’s nobody’s business.”

Learn the New Ropes of the Freelance Economy

Over the last few weeks, we’ve been taking a close look at corporate America’s increasing use of on-demand workers.  To get more in-depth on this topic, I met with my friend and colleague Patricia Bramhall, founder of Tydak Consulting Services, a technology services company, to find out how the freelance economy operates from the corporate side. 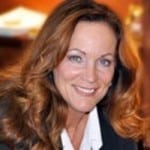 For the record, Pat is a recognized thought leader, speaker, and expert in IT Service Management (ITSM) and is certified in Information Technology Implementation Library (ITIL).  She also has managed freelancers–and placed them in corporate environments, as both contractors and employees–for more than a decade.

One of the things Pat and I talked about was the lack of “best practices” out there for freelancers operating in this new environment.  So, we decided to create some guidelines.  (In case you missed last week’s post, be sure to check out our take on telling employers how to do it right.)

Freelancers: Here are the top 11 things you can do to optimize success in terms of efficiency,  productivity, and satisfaction when you are serving as an on-demand worker.

There may not be a set playbook for how to handle the freelance economy (yet!), but there are a handful of things you can do to make the transition smoother.  The best freelancers are enthusiastic, have positive can-do attitudes, and are make themselves indispensible.  Are you?

Did I miss anything?  What are your top tips for succeeding as an on-demand worker?  Post a comment below!