I was reading a blog this week, wherein a professional working in the gig economy was referred to in an interesting way. The piece read: “Storytelling is the hot new trend in sales,” says Rivka Willick, a story coach and writer who works with salespeople to infuse story into their branding and content.” Story coach, you say? Fascinating. 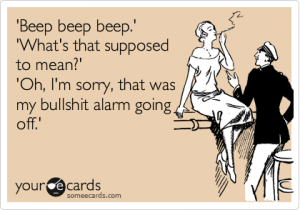 At first, my BS alarm went off. I mean, what the heck is a “story coach,” anyway…and at what point does a nonfiction writer start referring to herself that way? The more I thought about it, though, the more I realized that it’s just another sign pointing to the future of the gig economy.

You see, I’m simply not in Rivka’s target market. If I were a career salesperson, however, my ears would probably perk up when I learned about someone with this particular specialty. Rivka has smartly attached herself to the revenue side of her business.

Anyone who doesn’t find that kind of “sweet spot” runs the risk of being considered a commodity. Especially when it comes to the business of writing, which can conceivably be outsourced to any number of online stringers, worldwide.

It’s not about being the best choice in a given space; it’s really about becoming the ONLY choice. In the freelance economy, you must go above and beyond. You must stand out and wave your UVP (unique value proposition) flag proudly.

Part of the process involves putting yourself in the client’s shoes. Why, specifically, should he choose you? What do you bring to the table that other competitors are unwilling or unable to provide? How can you “pivot” into that niche and position yourself as the one and only choice in that space?

To that end, focus on your referral business. Referrals are all about “fit.” They provide a shortcut in the trust-building process. Thus, if someone really clicks with the specific thing you offer, chances are, their colleagues will too. (Basically, when you’re in a referral business, all you have to do is not mess it up!)

Obviously, this tactic isn’t a quick fix. It’s a process, and it takes time. Start by laying the groundwork through your existing base. Get recommendations that speak to your UVP and your niche. Update your social profiles and use specific (and unexpected) language to talk about what you offer. 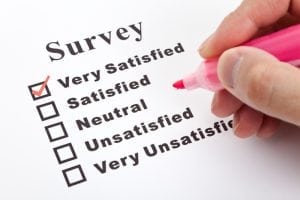 Almost everything is based on reviews in the new economy. It’s a shortcut for choosing who you’re going to do business with. Embrace it now. Ask your recent clients, “Why did you choose me?” Do exit interviews. Set up an online satisfaction survey through SurveyMonkey. You must step outside yourself. You must be willing to ask what worked and what didn’t and, then, be willing to adapt.

Finally, be willing to let it go when it’s not the right fit. You should be willing to say: “This is what I do, this is how I do it, these are my standards, this is my minimum threshold, and if it’s not a fit for you, that’s okay.” Easier said than done, when you’re starting out, I understand. The flip side is that you won’t always get chosen…and that has to be okay.

When Rivka decided to call herself a “story coach,” she was putting a flag in the sand. That choice of moniker may mean that she won’t appeal to everyone in need of a writer. That’s not only okay; it’s the goal.