I recently read a blog post by author Jonathan Fields in which he blew a long-held marketing value out of the water: content, as he sees it, is not really king.

Jonathan explains: “[Content is] a fantastic mechanism to build an idea into a platform, a brand, a reputation, position, entity, business or organization.  This, in fact, is a partial truth.  Crafted, curated and distributed in the right way, over a window of time, it can make a huge difference. … That said, with the exception of the unicorn-rare and largely non-reproducible viral outlier, content is more about sustained growth, positioning, trust and, yes, eventually, leads, than it is a high-probability vehicle for launch and accelerated growth.  It’s important, but increasingly, I wonder if it’s also a way to hide from the other piece of the launch and growth pie.  The hustle side of the equation.  And, by hustle, I’m talking old-school, or what the cool kids now call ‘outbound’ marketing.”

I’m with Jonathan on this stance.  I think, in the excitement of newly emerging forms of marketing,  we’ve forgotten about the tried-and-true methods.  So, let’s take this moment to review and get clear on what the heck we’re doing, marketers of the future! 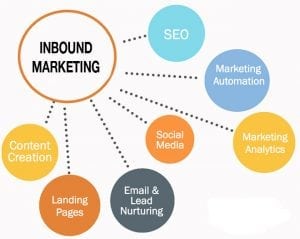 Jonathan continues: “[Y]ou cannot just put videos, podcasts, editorial and images out there, hope someone will discover them, follow them back to you, fall in love and pay you money.  Yes, those things have power.  Create them.  Use them as levers to move people.  But don’t rely exclusively on them. … Understand that, with rare exception, these elements are players in a longer, more nuanced content game, not an instant path to attention, income and impact. … Content is a compliment to hustle, not a replacement for it.”

Perhaps we need to take a step back here and talk about what these different forms of marketing really are.

It’s all well and good to differentiate between these terms, but what do they really mean?

Turns out, you now know more than most marketers on the subject.  On TechCrunch, contributor Samuel Scott notes that: “The use of these and other buzzwords has caused a new generation of marketers to enter the field without knowing even the basic terms and practices that underpin our industry.  The result is that too many tech marketers are basing their work on faulty premises, hurting our profession and flooding the Internet with spammy ‘content’.” 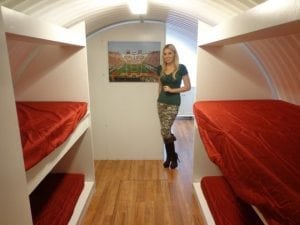 Case in point, at a conference earlier this year, I met two different “gentlemen,” each running content firms.  In both cases, the scenario was the same: they had hired teams of writers to produce content for a slew of “clickbait”-type websites.  They focused on trending topics, and created content that was just different enough to seem “new” to Google.  The writers were tasked with producing mass amounts of biased content that fit into their readership’s predetermined worldview.  They would sign up people on these “news” websites on email lists, and then share on social in order to get to the end-game: selling affiliate products to these readers.  Let’s just say that if you, as a reader, think that Obama is going to take away your guns, then you may be interested in a special underground bunker…on sale NOW!

This is what pure inbound marketing looks like: attract and get into that sales funnel!  Is it appealing?  Not to most of us.  Does it work?  Well enough to move the needle on bunker sales.

The whole point of marketing–be in inbound or outbound–is to attract prospective customers.  How do we do that?  Well, Seth Godin says we’re now in a world of “attention and trust.”  So, the goal is to get people to pay attention and trust what we’re saying.  Then, eventually, they may trust us enough to sell them something.

These kinds of messages are merely the medium for our time.  And they will change.  Today, we’re so saturated with content that it’s become hard to tell what’s relevant.  It’s only natural that a new medium will emerge as people start to stray. 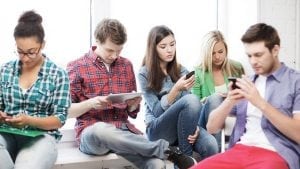 We see it already with millennials.  As advertising has evolved, big data has overdone it (with retargeting) and is quickly turning people off…especially younger generations, who have a lower tolerance for being followed.  Studies have shown that the members of Gen Z (those born after the millennials) hate it when Facebook ads follow them.  Even so, they view bloggers and celebrities as trustworthy.

Point is: the times, they are a changin’.

So, what’s the takeaway?  Marketing today is a slick combination of inbound attraction and outbound “hustle.”  It’s about covering your basic marketing bases, and engaging people where and when they feel like listening.  And, of course, asking yourself: is this sharable?