Free To Do What I Want, Any Old Time

When you picture a gig worker, do you picture a digital nomad snowboarding glaciers around the world while working on your corporate website and marketing? Well, I don’t snowboard 😉

Truth is, most folks in the gig economy work either full time, or have several part time jobs that are equal to, or over, full time. Often, working for (large, formerly employee-centric) companies that no longer offer benefits to this class of independant worker.

Those of us that are fortunate to work from anywhere as self-employed entrepreneurs are certainly drawn to the flexibility and values that affords (Hey Millennials, I feel ya!)  Being an independent worker in the gig economy is, in large part, about freedom. Freedom of movement, scheduling freedom, and freedom to work on great projects that inspire us and help us grow. With freedom sometimes comes an uncomfortable dose of the unknown, a lack of a security net. What happens when the gig is up? What if I get sick, or injured? What if I need to take time off to attend to a family member?

Show me the Benefits! 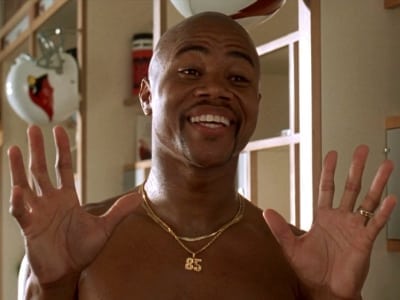 Health care insurance has been a major topic of conversation in the U.S. for the last decade, uh and even the last week. But, healthcare is only one of the many benefits that traditional employees consider non-negotiable and gig economy workers need. Retirement plans, vacation time, sick time, worker’s comp., bereavement, paternity, and maternity leave would make us all feel a lot more secure. In the traditional workforce, most employers provide benefits packages for their employees. But a growing number of workers for traditional companies are classified temp, contract or 1099, and benefits are not part of the deal. That means for these workers new to the gig economy, other freelancers, or solo-preneur enterprises, expensive alternatives like COBRA can, sadly, be the only means of providing our own security.

Lorena Gonzalez Fletcher of the California State Assembly has introduced multiple bills that would grant gig workers new rights and protections. They include proposals to give independent contractors the right to collectively bargain, to expand workers compensation insurance to short-term day laborers, to re-classify professional cheerleaders as employees, and to force app-based services to provide a tipping option. The results, as expected, have been mixed. The cheerleader bill was signed into law in 2015, whereas Uber, which famously refused to offer users a tipping option announced a change of policy in July 2017. The collective bargaining provision was scuttled, and the day laborer bill is stalled in committee. On to the big kahuna – all employee benefits.

Virginia Senator Mark R. Warner, and Representative Suzan DelBene of Washington aim to fix that problem and provide the gig economy with the stability of portable benefits packages…have benefits, will travel!

Employer-provided benefits are so last century… 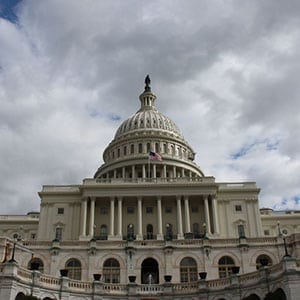 In a press release announcing The Portable Benefits for Independent Workers Pilot Program Act, Sen. Warner commented: Whether by choice or necessity, a growing number of Americans are working without a safety net and have difficulty planning and saving for retirement, health care needs, or on-the-job injuries. The nature of work is changing rapidly, but our policies largely remain tied to a 20th century model of traditional full-time employment.

The Act gives the Department of Labor $20million for grants to states, local governments, and nonprofits for pilot projects to design, implement, and evaluate portable benefits that can move from job to job. You know, portable. The idea is that a person can pay into a fund, much like the current system for unemployment and disability, but their benefits will not be tied to their employer. So when it’s off to the next gig, your sense of security comes along for the ride.

The program encourages models that will provide traditionally work-related benefits and protections like retirement savings, workers’ compensation, life or disability insurance, sick leave, training and educational benefits, healthcare, and more. A study in 2016 by Upwork and the Freelancers Union found that 55 million Americans are already working in the gig economy and freelancing. It’s high time for independent workers to be supported as they move from gig to gig.

The introduction of this brand spanking new baby bill shows the demand from both the House and Senate to take care of the American worker in a way that is forward thinking. It is too early to tell if this will be viewed as a partisan effort that just “taxes” us all. I hope not. I hope that both sides can come to a consensus on taking care of people when companies no longer offer them benefits.

We’re In This Together

The CEO for PostMates and Lyft’s Vice President of Government Relations have both endorsed The Portable Benefits for Independent Workers Pilot Program Act:

The United Kingdom is also taking steps to fill in the gaps. In October of 2016, Uber drivers in the UK won the right to be classed as workers rather than independent contractors. The ruling by a London employment tribunal meant drivers are entitled to holiday pay, paid rest breaks, and the national minimum wage.

Germany’s statutory social security system, originally implemented in the 1800s, was always intended to protect “employees.” In spring 2007, the governing coalition adopted a reform package requiring self-employed workers who are currently not covered to join a compulsory program. Since 2006, self-employed workers can, furthermore, contribute, under certain conditions, to the public unemployment insurance program.

Tear Down That Wall

Sara Horowitz, founder and executive director of the Freelancers Union drives the point home, “the lack of portable benefits is one of the biggest impediments blocking independent workers from thriving in the new economy.” With life-saving, and future-building benefits breaking free from the traditional workforce, gig economy workers can finally breathe a little easier and concentrate on their work and not their sniffles.

So, what do you think? Are you a fan of Portable Benefits? If not, how would you solve the problem

Also, If you haven’t already, I’d be honored to add you to the “Gig Is Up” email list. I’ll keep you in the loop as the 2018 release of my second book, The Gig Is Up: Thrive in the Gig Economy, Where Old Jobs Are Obsolete and Freelancing Is the Future, approaches. Please sign up today!

Success! Now check your email to confirm your subscription.